The tone in the MPC minutes was “Hawkish” while that of the Policy was “Accommodative”. What will be the stance of RBI in the coming bi-monthly policy meets? The RBI’s Monetary Policy Committee (MPC) met in August 2020 to review its monetary policy for the coming quarter. As the minutes of the meeting later went on to reveal, the MPC had a tough time choosing between an outright dovish or blatantly hawkish move. The current state of affairs was the foundation for this quandary. On the one hand, rising inflation was almost unanimously identified as a pressing problem. And to keep inflation in check, a hawkish move with high repo rates is one of the best strategies to adopt. But on the other hand, any increase in the repo rates could stifle the already limited purchasing power among the public, leaving little room for growth.

What do the minutes of the most recent MPC meeting reveal?

The minutes of MPC’s most recent meet, which happened in early August 2020, reveal that it was marked by frustration surrounding the precarious state of India’s economy. With the recent rise in retail inflation acting as the primary matter of concern, members of the Monetary Policy Committee were in a well-justified predicament about adopting an accommodative stance in the monetary policy.

The law mandates that the MPC is required to maintain the rate of inflation at 4% over the medium term. It’s also mandated to keep the rate of inflation between 2% and 6%. If the committee fails to maintain the inflation within this approved band for three consecutive quarters, the Reserve Bank of India would be required to offer an explanation to the government regarding the reasons for breaching the inflation band mandated. Such a situation would also call for immediate remedial measures on the part of the RBI.

Given that the retail inflation in the country has been above 6% since April his year, members of the MPC were visibly concerned about the rising inflation rates and frustrated at the minimal leeway available to take a clear stance with regard to the repo rates. As the deputy governor, Michael Patra, put it, “Technical considerations under the monetary policy framework warrant a pre-occupation while dealing with the conditions of failure. All this, after a period of four years of uninterrupted success in keeping inflation well within the tolerance band. Consequently, monetary policy is forced into a standstill even when there is space available to persevere with its commitment to reinvigorate growth momentum and alleviate the effects of covid-19.”

Additional Read: The last meeting of the first MPC. How have they fared?

Owing to the pressure of rising inflation on the one hand and the possibility of stifling growth on the other, the RBI’s Monetary Policy Committee was forced into a standstill. As a result, the repo rate for this quarter remains, understandably, unchanged. The repo rate continues to be 4%, while the reverse repo rate stands at 3.35%.

Increasing the repo rates would cut off the purchasing power and stifle the possibility of growth, thereby cutting off the momentum needed for the country’s economy to take a turn upward. On the other hand, decreasing the repo rates would lead to a further increase in the already steeply rising rates of retail inflation. Considering these two opposing forces, the RBI has effectively been forced to retain its accommodative stance and so made no changes to the existing rates.

That effectively relies on what the inflation rates look like in the coming quarter. Should the inflation plummet into the acceptable band of 2% to 6%, the RBI may have a bit more leeway to lower the repo rates even further. On the contrary, if the inflation continues to remain over 6%, it’s unlikely that the RBI can take a more dovish approach. This current accommodative stance may continue into the next quarter then, with no changes in the repo rates.

With inflation now riding the high wave and with no signs of imminent changes for the better, these are uncertain times to say the least. At times like these, managing your finances can be tough. And a bit of professional assistance can always prove to be helpful. Tata Capital’s wealth management solutions can be useful here. With the wealth management plan from Tata Capital, you can access tailored solutions for investing and protecting your wealth against the volatility that marks times of crisis like the one we’re in right now. Take a look at the wealth management solutions offered by Tata Capital, so you can protect your wealth and watch it grow. 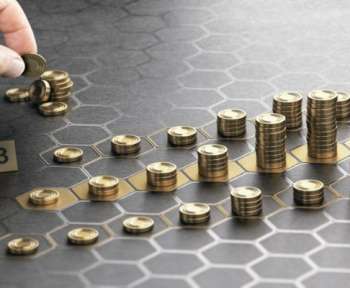 How To Diversify Your Investment Portfolio Without “Over-Diversifying” It? Why is international investment important for Indian investors? 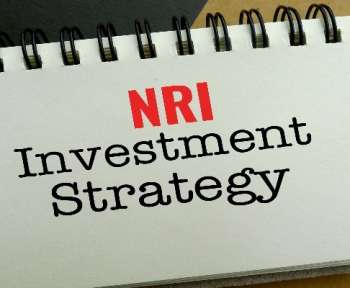 Why should an NRI invest in India?