Banks/NBFCs offer overdraft facility to its customers, usually at interest rates starting at around 13%. The loan tenure is usually between 1 year and 5 years. You can get an overdraft from Rs. 2 lakh to Rs. 25 lakh, depending on several factors like credit score, monthly income, and account balance.

The documentation required is also minimal. To apply for personal loan overdraft facility, you need to submit the following documents:

You receive the requested overdraft amount in a way similar to how a loan amount is disbursed. With a pre-approved overdraft, you can withdraw funds from the bank as needed. The amount goes into your overdraft. The interest charged by the bank is levied from the time the money is borrowed to when it is repaid.

It is your choice to repay the money to the lender in full or in part. Additionally, you can again withdraw money from the account if a need arises until you reach the sanctioned limit of the overdraft.

If you need a short-term loan without the burden of a monthly EMI running for years, you should apply for personal loan overdraft facility. Tata Capital offers overdraft loans of up to Rs. 25 lakh with flexible repayment options and efficient service and support. Visit the Tata Capital website and explore more borrowing options to ease your financial worries. How to Apply for a Personal Loan Top Up? 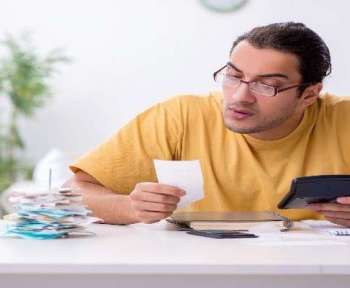 5 Ways To Manage Your Unplanned Expenses Using a Personal Loan