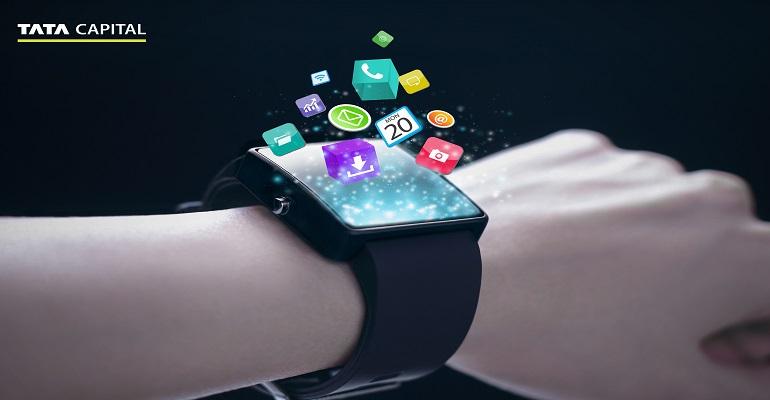 The latest line of smartwatches has everyone hooked. The number of consumers and aspirants of smartwatches is increasing at a fast pace. Smartwatches are no more an extension of the smartphone; they are a standalone wearable technology.

Making smartwatches since 2013, Samsung has been among the torchbearers of smartwatch technology and has, possibly, the most extensive inventory of smartwatches in the world. Besides being the producer of top phones 2019, the South Korean tech giant is a reputed name in the smartwatch space as well.

Buyers of the best smartphones usually look for a smartwatch too. Smartwatches are slightly costlier; but with the availability of a consumer durable loan, you can own one on easy EMI.

Let’s take a look at some of the best smartwatches launched by Samsung.

Probably one of the best smartwatches around in 2019, the Samsung Galaxy Watch gets a 1.2inch or 1.3inch 360 x 360 Super AMOLED display. While Tizen is the operating system, the Galaxy Watch runs on a dual-core 1.15GHz processor. It gets a healthy storage space of 4GB and band sizes of 22mm and 20mm.

Apart from supporting Android, the Samsung Galaxy is compatible with iOS as well. The battery back-up is impressive at four days on the 46mm variant and slightly lesser on the 42mm. It supports wireless charging and gets Wi-Fi & Bluetooth as connectivity options. Both iterations of the Galaxy Watch feature Samsung Pay and are waterproof with an IP rating of 50.

The successor to the Samsung Galaxy Watch Active, the latest model features the tried and tested Tizen operating system. Supporting both Android as well as iOS, it features a 1.2-inch 360 x 360 Super AMOLED display. While the band size is 20mm, it gets adequate storage of 4GB.

The rotating bezel has been dropped to make the Samsung Galaxy Watch Active 2 slimmer and more apt for workouts. A digital bezel dial replaces the rotating one. It can be charged wirelessly and supports Wi-Fi and Bluetooth connectivity. With a single charge, the smartwatch runs for around two days.

It boasts of a marginally smaller display of 1.1-inch 360 x 360 Super AMOLED as compared to the Active 2. With a battery life of around two days, the Active gets all the key fitness features of the Active 2 minus mobile internet and the digital rotating bezel. If you are particular about the features, the Samsung Galaxy Watch Active is certainly the smartwatch to go for.

Another masterpiece from the producer of best phones 2019, Samsung Gear Sport is an affordable option compared to the Galaxy Watch. With an intriguing sleek design, the Gear Sport gets a 1.2-inch 360 x 360 Super AMOLED display. It also gets an IP rating of 50, making it suitable for swimming. Compatible with both Android as well as iOS, the storage space is decent at 4GB. The band size of the watch is 22mm.

In terms of features, the watch can track your location while you are on the move. You can even upload music and enjoy it with Bluetooth headphones.

As a buyer of the top phones and a smartwatch, you might be worried about the expense. However, the easy availability of consumer durable loans or mobile loans from Tata Capital makes buying these state-of-the-art devices much simpler for you. Among the other smartphone tips, it is suggested that you go for a smartwatch that serves the purpose you need it most for. Looks should not be the only deal-breaker.

Top Things to Keep in Mind When Traveling Solo