8 Things You Need To Know About A Stock Market Correction

First thing first, stock market corrections are common and it happens often. Like all businesses have their cycles, so when the businesses go through downturn, the same is reflected in the share price. As per the market reports, on average, there is a correction in the market every 357 days or once a year.

The cause of correction cannot be predicted well in advance:

A correction can happen due to the business cycle, economic turmoil, the geopolitical situation, and more often just because some of the big fish in the market start booking profit. So, the actual cause for correction may not be anticipated before the correction happens. As correction happens at any point of time, it is also impossible to always track the causes.

If you are afraid of correction, because the worth of your investment will fall, wait and think again. Don’t you think you can buy good stocks that have higher potential returns can be bought for cheaper prices during market corrections? So, think of correction as a bargaining opportunity when you can get good stuff at lower prices.

Usually corrections in the stock market hardly for a couple of days or maximum weeks if the there is no fundamental change. Thus, in case of a minor correction due to a temporary situation or phenomenon should not be a cause for worry as the prices would rise again.

However, if the correction lasts longer, then it is possible that the market dynamics are changing and it could be a start of a bear market, which could last for a few years as well!

Thus, if you are a long-term investor, corrections shouldn’t matter to you as your investments are not perturbed by temporary changes in the market conditions. However, for the intraday traders, corrections are important and they need to plan their trading accordingly.

While growth stocks are the stocks that help the market expand, and grow your investments, they are highly volatile. Thus, during the correction in the market, growth stocks were also get affected. While on the other hand, dividend stocks are usually stable and do not fall much in price.

Often, corrections in the market are driven by speculation and fear in the market. It can be either natural fear which leads to many investors selling their investments and thus market falls, or it can be speculation by a group of investors who own a huge amount of equity in their portfolio, thus affecting the market adversely.

Market corrections can be tough on retirees:

While corrections can be helpful for the young investors who have a lot of time on their hands to witness their investment’s value grow again, the retirees can have a tough time due to this correction. For retired people, their investments are their main source of earning in their post-retirement life. So when there is a market correction, the value of their investments falls and thus they get a lower return.

Corrections in the market are like time given to the investors to reassess their investments once again. Revisiting your investments and rebalancing them during correction can be a good idea to optimize returns.

So, the next time you witness a correction in the market, do not panic. Rather try to find out the cause and reassess your investments, add high-quality stocks to your portfolio at a cheaper price, and wait to see them grow. The experts at Tata Capital Wealth can help you as well. 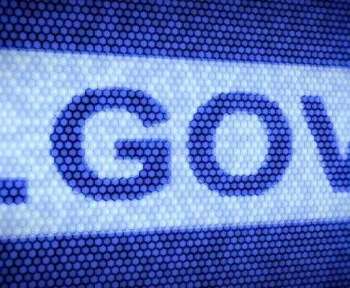 Should you invest in GSec directly through RBI?