We're constantly crafting offers and deals for you. Get them delivered straight to your device through website notifications.

All You Have To Do Is Click On "Allow".

CHECKING FOR OFFERS AGAINST

Register below to be eligible for
Exclusive offers from Tata Capital

*As on PAN card
Required to check eligibility for special offers on loans.

You will not be eligible for exclusive offers from Tata Capital

thank you for SUBMITTING THE DETAILS

We will notify you in case any special offers are available

Count on us to deliver on our promises

Mr. Saurabh Agrawal is the Chief Financial Officer of the Tata Group, having joined Tata Sons Limited, in June 2017. He has completed his undergraduate degree in Chemical Engineering from IIT, Roorkee and has a post graduate management degree from IIM, Kolkata.

He is amongst the most successful investment bankers in India and has over two decades of rich experience in capital markets. Mr. Agrawal has a sterling record in both strategy and execution, covering a wide range of industries. Prior to Mr. Agrawal's appointment as the Chief Financial Officer of the Tata Group, he was Head of Strategy of the Aditya Birla Group.

Mr. Subedar has vast experience in the matters of company administration, finance and taxation, and accounts. He is on the board of various Tata companies and has been closely associated with several Tata Non - Banking Financial Companies. Mr. Subedar superannuated from Tata Sons Limited as the Chief Operating Officer and Company Secretary in September 2017 after a long and distinguished tenure of over 32 years. He continues to be associated with the Group as Finance Advisor -Tata Sons. He works with the Executive Chairman and Group CFO in this new role. Mr. Subedar is the current President of the Bombay Chambers of Commerce and Industry.

Ms. Varsha Purandare, holds a Bachelor’s  degree in Science (Chemistry) and has a Diploma in Business Management, having  varied experience of 36 years in the areas of Credit, Forex, Risk, Treasury, Capital Markets, Investment Banking and Private Equity.

Ms. Purandare was the Managing Director and Chief Executive Officer of SBI Capital Markets Limited (“SBI Caps”)  from November 2015 upto December 2018, where she was overall in-charge of SBI Caps and its five subsidiaries, covering investment banking and encompassing Equity Capital Markets, Debt Markets, Private Equity, Institutional & Retail Broking, Trustee & Foreign Subsidiaries. Prior to this, Ms. Purandare was the Deputy Managing Director and Chief Credit and Risk Officer of State Bank of India (“SBI”), where she headed the highest Credit Committee and was in-charge of the overall credit function. Besides the above, Ms. Purandare has held several positions in SBI, in India and abroad.

Ms. Malvika Sinha has been a career central banker for over 38 years.  During her tenure at the Reserve Bank of India (“RBI”) she had overseen the regulation and supervision of Banks, NBFCs and Cooperative Banks.  In addition to the above, she had worked in the Foreign Exchange Department, managed the domestic debt of the Central and State Governments and the internal accounts of the RBI. She was in-charge of Human Resources and managed all aspects of training, placement, performance appraisal for all 15,000 officers and support staff. She was also the CEO of the Deposit Insurance and Credit Guarantee Corporation, a subsidiary of the RBI.

She holds a B.Tech in Computer Science from National Institute of  Technology, Warangal (India) and a Masters degree in Engineering Management from University of Kansas (USA).

Her hobbies include listening to music, watching movies and reading management related books. Ms. Subramanian is also a fitness enthusiast.

Ms Aarthi Subramanian is the Group Chief Digital Officer at Tata Sons Limited reporting to the Group Executive Chairman. A professional with over  28  years   of   experience   in   the   global   technology   sector,   Ms. Subramanian started her career with Tata Consultancy Services (TCS) and worked in diverse roles in India, Sweden, the US and Canada, thereby gaining rich experience in consulting engagements and management of large-scale technology programs as well as operations. At TCS, Ms. Subramanian was an Executive Director and Global Head of Delivery Excellence, Governance & Compliance. Aarthi was responsible for driving excellence in service delivery, governance of key programs & initiativesas well as enterprise-wide compliance. Prior to this role, Ms. Subramanian was the head of Delivery for seven years with the TCS Retail & CPG Business unit, where she was responsible for several strategic accounts and major clients. She led the team to achieve excellence in customer service through relentless customer focus, rigor in service delivery, and proactive value addition focus. Ms. Subramanian played a key role in setting up the SAP Center of Excellence in Chennai. Ms. Subramanian started her career as a graduate trainee in TCS in 1989 and she went on to become an analyst, project manager and then moved from Account Management roles to a Senior Executive role in TCS. Rajiv, a B. Tech from IIT Delhi and PGDM from IIM Lucknow, has over 26 years of experience in the banking and financial services industry.

Rajiv is currently the Managing Director & CEO of Tata Capital Limited. He is also the Chairman of Tata Capital Financial Services Limited, Tata Capital Housing Finance Limited and Tata Securities Limited and is also on the Board of Tata Cleantech Capital Limited, Tata Capital Pte Ltd. and Tata Realty and Infrastructure Limited.He has served as an Executive Director on the Board of ICICI Bank where he was responsible for several businesses including retail banking, business banking, rural banking, financial inclusion, technology and digital banking.  He has also served as the Chairman of ICICI Home Finance Company Limited and was on the Board of ICICI Prudential Life Insurance Company Limited. He was also on the Investment Advisory Committee (Real Estate) of ICICI Prudential AMC.

Rajiv has been widely acknowledged and credited for his contribution to the growth of the Retail Banking and Real Estate & Housing Finance market in India.

He also has experience in both Venture Capital and Growth Capital investing, through stints at both Sequoia Capital and True North. He has also been on the Board of a number of early stage and growing companies in the Financial services space.

He has also served on a number of RBI and IBA committees. 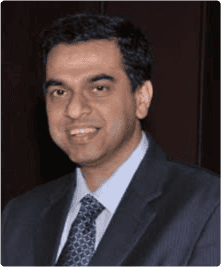 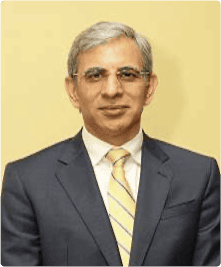 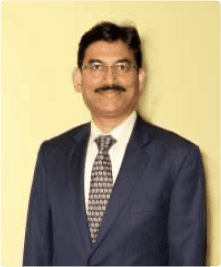 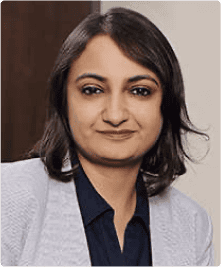 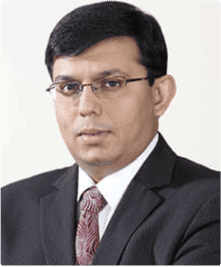 Avijit joined The Tata Group in 1996 as a TAS Officer in Tata Administrative Services and has worked on various assignments in the areas of automotive and financial services.

Avijit was the founding CEO of Tata Cleantech Capital Limited (TCCL), a joint venture between Tata Capital Limited and The International Finance Corporation, Washington from 2012-2015. TCCL is a specialized lender for Renewable Energy Projects, Water Management Projects and Energy Efficiency Projects. Prior to TCCL, he was the founding CEO of Tata Securities Limited (TSL) from 2007 to 2012. The primary businesses of TSL are Equity Broking, Investment Banking and Distribution. Both TCCL and TSL are subsidiaries of Tata Capital Ltd. of which Avijit was one of the founding members.

Prior to Tata Capital, Avijit worked with Tata Motors Ltd, the leading automobile manufacturer of India, from 2003 to 2007 in the Passenger Car Business and Corporate Finance. From 2003-2005, he was Head - Systems & Process and Business Excellence for the Passenger Car Business (PCBU) and Engineering Research Center (ERC) and was a member of the office of the Executive Director - PCBU & ERC. Thereafter Avijit moved to the office of Executive Director - Finance & Corporate Affairs as DGM - Corporate Affairs looking after Mergers and Acquisitions and Subsidiary Relationships.

As a TAS Officer, Avijit was involved in various assignments like the Launch of the Tata Indica, setting up of an online equity trading portal and retail broking business for Tata TD Waterhouse Securities and setting up of Concorde Motors, a captive car dealership chain.

Avijit is a B.Tech from IIT - Kanpur and MBA from IIM - Bangalore. He is a Fulbright Scholar, having undergone the Fulbright Program at the Carnegie Mellon University, USA. Avijit was recognized as a Young Leader by the British High Commission in 2013.