Trailing V/S Rolling returns: Which one is a better indicator of fund performance? Mutual fund performance is evaluated on performance or returns, there are primarily 2 ways in which returns can be calculated: Trailing returns and rolling returns. Before we embark on assessing which one is better, let us understand the difference between these two types of return calculation:

Trailing returns indicate the performance of the fund for the said period. The returns of the mutual fund for specific periods such as 1 year, 2 years, 3 years, 5 years, Year-to-date, since inception etc. These returns are also called point-to-point returns.

2. How to calculate Trailing Return?

3. Explanation of Trailing Return with an example:

The same can be annualised to represent the year-on-year trailing returns in which case, it would represent the returns generated on the investment every year.

For the same example above, we will use the formula ((End value/beginning value)^(1/number of years))-1. For the above example, the returns would be 5.92%. This is commonly called the compounded annual growth rate (CAGR).

Trailing returns are a step up to absolute returns which typically do not consider the time period.

Rolling returns are also called rolling time period returns, they enable the calculation of returns for overlapping periods. It facilitates measuring returns at intended points of time, thereby eliminating bias due to returns being calculated at certain specific time periods.

5. How to calculate Rolling Return?

To calculate the rolling return, you can take an example of the period from say 2000 to 2010. In this time frame, if you intend to calculate a 1-year rolling series, then you need to consider various chunks of 1 year like 2000 – 2001, 2001-2002, 2002-2003 and so on. By using rolling returns, you can calculate the returns for multiple blocks of the desired tenure. If the NAV for a one-year horizon moved from NAV of Rs. 15 as of January 01, 2000, to Rs. 20 as of January 01, 2001, then under the trailing returns these NAVs will be used for computation. However, if the NAV were to fall to Rs. 18 the following day (January 02, 2001), this fluctuation would not be captured by trailing returns.
Rolling returns help us evaluate the mutual fund across various cycles, it can help understand the highest, lowest and average returns over different horizons and have realistic expectations from the mutual funds.

6. Explanation of Rolling Return with an example:

So, what’s the conclusion?

Rolling returns are considered ideal for mutual fund performance evaluation, it is more accurate. It eliminates any bias arising due to the time period under consideration, it facilitates the investor to gain appropriate and accurate insights into the fund performance. Thus, ensuring that the investor has a realistic expectation about mutual funds before investing. It is also a good measure for recurring investments such as systematic investment plans. The wealth advisors at Tata Capital wealth can help you understand these concepts and make an informed decision. 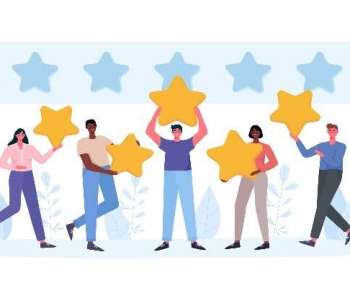 What Are AIFs and Why Are They Increasingly Becoming Popular with Investors?

All you need to know about section 80C