How do Letter of Credits Work?

Trade is an important component of a country’s economic well-being. An established relationship between the buyers and the sellers is the foundation for ensuring flourishing trade. About 80% of the international business works on the ‘buy now, pay later’ principle. In this scenario, what reduces credit risk and provides some form of security as far as goods and payments are concerned is a Letter of Credit.

What is a Letter of Credit?

A Letter of Credit (or LC) is considered an important financial tool. The International Chamber of Commerce (ICC) defines Letter of Credit as ‘a legal assurance given by a third party, say a bank or a NBFC like Tata Capital, on behalf of the customer or importer (the buyer) to pay the exporter or beneficiary (the seller) a stipulated sum in the decided currency ’

Why is an LC needed?

Factors such as distance, variation in trade laws, and lack of any form of personal communication may prove to be a hindrance in case of international trade. What a Letter of Credit offers is a lawful and reliable means of payment to conduct a smooth trade. The Uniform Customs and Practice for Documentary Credits (UCP 600) of the ICC issues and formats the Letters of Credits for international transactions. A Letter of Credit process also involves a small fee collected by the issuing bank for service, usually as a percentage of the LC amount involved.

Types of Letters of Credit

Advantages of an LC

Some of the major advantages of availing a Letter of Credit are as follows:

An LC can be customized as per the requirements of both parties to arrive at mutually acceptable terms and conditions. It can even be modified for different transactions with the same trader.

It helps you with transactions with new trade partners in new geographies, thereby, consolidating your business internationally.

In case of a payment failure, say in the event of bankruptcy, the issuing bank is obliged to meet the costs on behalf of the buyer, thereby protecting the seller from running into a loss.

Letter of credit entitles a seller to gain pre-shipment finances with which he can complete all dues if any. Besides, with timely payments, the exporter can also plan his financial goals well in advance.

Today, a Letter of Credit is accepted in 175 countries. It undoubtedly provides better transaction clarity. With risk and trust as two major determining factors in trade, LCs come handy to better trade relationships, providing comfort, both the buyer as well as the seller. To know how to navigate overseas operations smoothly, check for Tata Capital’s Letter of Credit solutions.

Trailing V/S Rolling returns: Which one is a better indicator of fund performance? 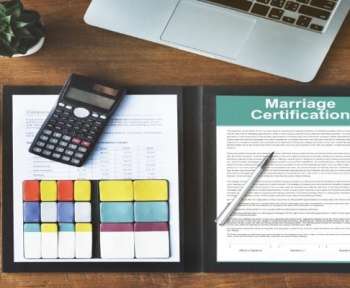 6 tips for newly married couples to strengthen their financial future