Vivo had introduced a brand new series of smartphones known as the S series last year, with the first model being launched in July 2019, the Vivo S1. After almost a year, a new Vivo 5G smartphone is all set to arrive in this series: namely the Vivo S7. It is expected to be in the middle-range segment of this series, as far as its price is concerned.

The estimated price of Vivo S7 is around Rs 30,000/- in the Indian Market. The scheduled date for its launch is somewhere around late November, though that date is yet to be made official by the company. It is supposed to be launched in the following colours: Moonlight White, Monet and Jazz Black. The new Vivo 5G smartphone is all set to take the S series of Vivo forward.

The price of the phone is an extremely competitive one, especially with the features it provides at that range. However, the price may seem too high to you. Tata Capital’s Consumer Durable Loan would help you buy this mobile on EMI, almost immediately.

This smartphone is expected to have a touchscreen display of 6.44-inch, and its resolution would be that of 1080p X 2400p. The screen is powered by the AMOLED technology, which gives it additional brightness. The 408 PPI pixel density, along with the 20:9 aspect ratio would only add to the brilliance of the screen. Vivo S7’s 2.4GHz 765G processor with Qualcomm and an Octa-core sets it up for a brilliant performance. The RAM is also considerably high, with 8GB being the only variant.

The Vivo S7 has its own variation to the stock Android version 10, known as the Funtouch OS 10.5. The internal memory of 128GB would provide enough space for the user to store data in the device. It is a dual-SIM smartphone that accepts only Nano-SIM cards.

When we take a look at the cameras of the new Vivo 5G smartphone, there is nothing but wonders waiting for us. At the back, there is a giant 64 MP primary camera, whose aperture is f/1.89. There is a second camera, carrying an 8-megapixel lens, and the third has 2 Megapixels. With settings like autofocus, wide-angle shooting, face detection and continuous shooting mode, this device would ensure that you never have to worry about the quality of your photos. For the selfie camera, it boasts of a unique combination of two cameras, of 44-megapixel and 8-megapixel each. Such variety would sure bring life to your precious moments.

Taking a look at these primary features and the five cameras which are packed into this phone, it should not be a hard decision to choose this phone in today’s market, where such features rarely come at this price. If you are worried about draining your balance by paying for the phone at once, the Consumer Durable Loan by Tata Capital could give you the perfect way out, by offering a chance to buy this mobile on EMI payments.

The Vivo S7 has a large battery of 4000mAh battery, with fast charging enabled and a USB type C port. Connectivity options include Wi-Fi, Bluetooth, GPS, and most importantly, the brand new 5G technology. Though the phone can support 4G SIM cards as well, using the 5G technology would ensure optimum performance.

There are several sensors on the phone, which include the ambient light sensor, accelerometer, gyroscope,  compass/ magnetometer, and proximity sensor. As far as the security of the device is concerned, this Vivo 5G smartphone can function with face unlock and has a fingerprint unlock system as well. This is in addition to the staple systems of using a PIN or a password for unlocking the phone.

It can be easily said that Vivo has decided to step-up to the needs of the market by deciding to launch this phone, as it meets with several of the requirements of the consumers while offering an affordable price for it. However, you can always head towards an option of buying this mobile on EMI, for which Tata Capital’s Consumer Durable Loan would be the best choice. It would give you a flexible time-period to pay for your phone. 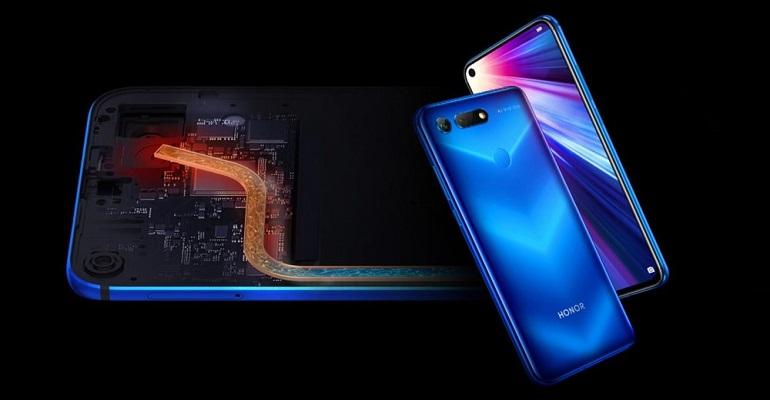 Honor Play 8 with Helio A22 SoC to be launched soon Waterproof or Water Resistant Phones – Which One to Choose