The XUV 400, a new electric SUV from Mahindra with a promising EV powertrain, was unveiled on September 8 this year. Recent announcements from Mahindra include unveiling five new EV SUV prototypes, a significant merger, the launch of a new electric sub-brand, and the introduction of their brand-new, state-of-the-art design office in Banbury, England.

Mahindra will launch the next-generation XUV400 next January. Mahindra has confirmed the XUV 400 will soon be available in European markets. The Mahindra XUV 400 is said to be the big brother of the XUV 300.

There has been much interest among car buyers in the XUV 400 since its announcement. So, we’re here to give you a thorough rundown of the XUV 400. From its features, range, colours, and even the XUV 400 price to its specifications.

Here’s what you need to know so you can decide if Mahindra XUV400 is the right choice for you.

Mahindra chose a unique colour scheme for its first electric SUV, Mahindra has chosen a unique colour scheme. Early press pictures of the car depicted it in a vivid shade of blue. Soon, four more intriguing shades were released, bringing the total to five. Napoli Black, Everest White, Galaxy Grey, Infinity Blue, and Arctic Blue are the five colours in which the XUV 400 electric is available.
Mahindra offers two different dual-tone colour schemes for the XUV 400. The roofs of the Dual Tone variations will be copper-coloured, and the XUV 400 features copper and bronze accents throughout much of its design. The SUV will look good in colours like Black and Grey after having the roofs painted copper.

The front wheel of the new Mahindra XUV 400 EV is likely to be driven by a single synchronous electric motor, and the EV is to produce a peak torque of 280 Nm and around 130 bhp. In addition, Mahindra XUV 400 is also likely to offer two lithium-ion battery options – a larger battery pack for the higher variant that’s expected to provide roughly 450km of range on a single charge. While the 3.3 kW/16A charger takes approximately 13 hours and 30 minutes, the 7.2 kW/32A charger completes the task in about 6 hours and 30 minutes. However, if you want a fast charger, you can plug your battery into a 50kW DC fast charger, which will take your battery from 0 to 80 percent in 51 minutes.

Instead of the single vent design of traditional battery packs, the XUV 400’s battery design features two rear vents. Additionally, it has a heating and cooling system to keep itself at a comfortable temperature in both hot and cold weather. The battery pack has an IP67 rating for water and dust resistance for increased durability.

The line of ‘Born Electric SUVs’ that Mahindra unveiled in October of last year has nothing in common with the XUV 400. It is 4200mm long and firmly belongs in the C-segment. Except for a slight height increase attributed to the rear spoiler, the width and wheelbase are identical. Mahindra satin copper accents are used liberally throughout the design to indicate that the piece is from their electric portfolio. These include the front closed grille, bumper accents, taillights, and the painted copper roof. A 378-litre boot has been added to the Mahindra XUV 400 EV, ensuring no luggage capacity problem.

The ergonomics and space are both reasonably good. The interior features copper accents throughout, including the gear lever, surrounding air vents, and rotary knobs for the air conditioning and volume. Of course, the steering wheel’s twin-peaks logo is done in copper. Talking about the cabin, it’s not much different from XUV 300. Dash features include:

On the flip side, the XUV 400 now has significantly improved connectivity thanks to Mahindra’s BlueSense Plus technology, which has 60 features, including various remotely-operated actions like checking the range and activating the climate control. The XUV 400 offers Apple CarPlay, Android Auto-integrated infotainment, and an electric sunroof.

Although the car has generous door bins and a small glovebox, there is no place to store your phone, and wireless charging is unavailable.

Mahindra has been acing the NCAP charts, so you should expect no different with the XUV400. Mahindra places a high priority on safety, and for the XUV 400, the company claims to have used UHSS (Ultra High Strength Steel), AHSS (Advanced High Strength Steel), and HSS (High Strength Steel). A third load path through the K frame has been added for improved frontal crash protection. Moreover, UHSS has been used, and reinforcements have been added around the battery pack to protect it in the event of a crash.

The Mahindra XUV 400 aims to give the Nexon EV much-needed competition and a solid alternative. Mahindra XUV 400’s ex-showroom price is anticipated to be in the range of Rs. 17 lakh to Rs. 22 lakh, placing it between the Tata Nexon EV and the MG ZS EV. XUV 400 on-road price is still unknown. January 19, 2023, is likely the XUV 400’s launch date.

An electric motor drives the front wheels, delivering 150bhp/310Nm, reaching speeds of 150kmph in 8.3 seconds. It has a range of 456km on a single charge. The Mahindra XUV 400has a single-pedal technology and three driving modes – Fun, Fast, and Fearless – that alter steering weight and power response for a more personalized driving experience. The Fun mode is an eco-mode with very conservative throttle response.

The fearless mode gives you access to all the torque, making this a fun and fast car to drive. Mahindra also claims to be the fastest EV in its class, with a 0-100kmph time of 8.3 seconds. To see if it can back up its claims will be interesting.

There isn’t much motor hum or whine, and the Mahindra XUV400 EV’s overall insulation contributes to the cabin’s quietness. Mahindra engines are renowned for their industry-leading refinement, and now the company’s first EV has impressively low noise, vibration, and harshness levels. So, even if you go to the fearless mode, you shouldn’t experience much noise.

Mahindra’s first electric SUV will be available for testing in December 2022, followed by bookings starting in January 2023. Deliveries are expected to begin by the end of January 2023.
There’s a lot of buzz among car buyers that Mahindra’s XUV 400 will significantly impact the segment, as it has good features, space, and a 456km range. As soon as XUV 400 launches in January, the XUV 400 on-road price will be clear.
So, if you think this can be your car, you should buy it. But if your finances stand in the way of making this purchase, you can turn to Tata Capital. Tata Capital offers affordable and customised loans for all kinds of needs. We offer vehicle loans at affordable interest rates, and you can apply online with us with minimal documentation and flexible repayment tenures.

Ring in this New Year with a brand-new car! Visit our website and apply for a vehicle loan today. Why You Should Buy a Certified Used Car? 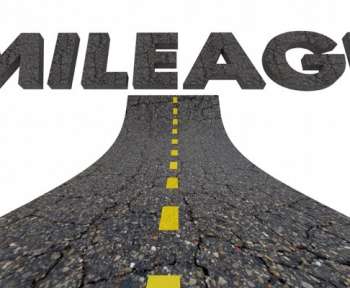 Buy a Tata Car and Bring Home a Legacy