How Demand for Used Car & Used Car Loans has Increased Due to Introduction of Digital Platforms?

Indians have embraced digital technology quite easily with well over 400 million people active on the Internet with their smartphones, laptops, computers and tablets. They use their devices to search for information before they buy any products or services. Automakers use online platforms to provide a meaningful experience to prospective buyers to prepare them well before they make their final decisions on the car they want to purchase.

According to Facebook the impact of digital technology is as follows

For Indians, owning a car is an aspiration they crave for. Automakers launch new cars with increasing frequency to attract customers. But, what happens to the old models of cars? They actually get consumed in the used car market.

The used car market in India is thriving with hundreds of used car dealers offering used cars across the length and breadth of the country.

What is driving the used car market?

Digital platforms used by organized used car intermediaries including those started by major automakers have driven the used car market in a big way. NBFCs such as Tata Capital have leveraged the burgeoning used car market by providing seamless linkages with online used car platforms. They provide information on

The propensity of Indians to buy used cars shows in the statistic for last year when 3.6 million people bought used cars (http://www.moneycontrol.com/news/business/companies/despite-cash-ban-used-car-market-topped-3-6-million-sales-in-2016-2386641.html). The used car market is likely to grow to 7-8 million used cars in the next 5-7 years. Youngsters are likely to dominate the used car segment as they aim to fulfil their huge aspirations (http://www.thehindubusinessline.com/specials/auto-focus/gennext-mahindra-first-choice-used-cars-in-india/article9717820.ece).

Tata Capital offers a one-stop resource for used cars through its online car store. Customers can browse the site and evaluate the contours of buying a used car. The online car store offers a choice of 17,000 cars sold in 14 cities by used car intermediaries including the ones using online platforms.

Customers can navigate the website effortlessly to search for new cars that meets their budget and choice of brand and model. Customers can also look at finance options and determine the elements of the used car loan by deciding on the loan amount, tenure, interest rate and the EMI by using the facilities provided including the used car loan EMI calculator. Once, finalized, customers can apply for the loan on the same page.

With the plethora of online options available for buying used cars or second hand cars, Indian used car customers are spoilt for choice. Tips to Keep Your Hatchback Car in Perfect Condition this Monsoon 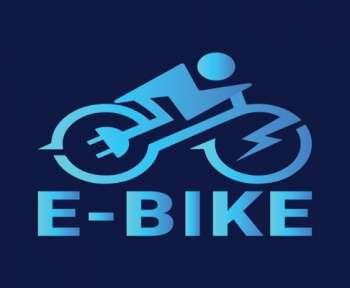 Are E-scooters More Economical & Affordable from the Petrol Ones?

Things You Should Know About BS6 Emission Norms