Many of us have definitely thought of owning a car at some point of our lives. We may have also pondered over the thought of whether to buy a new car or a pre-owned one. Well, the choice could by any, but the common thread that runs through is finance. Though the price of pre-owned cars is lesser compared to brand new cars, yet buying a car is a considerable financial investment. However, as a respite from the expensive price tags, banks and lenders offer car loans for the benefit of car buyers.

Car loans are available for both new and used cars that could range from a small car to an SUV or an MUV. Owing to the revival of the pre-owned car’s market, many people do not shy away from opting for a used car. This trend has moved the banks and non-banking finance companies to initiate used car loans a product along with their existing new car loan. The basic formalities of applying for a loan and repaying it remains same such as eligibility criterions, loan tenure, repayment methods, down payment, and rate of interest, yet there are slight variations in each of the factors for both the types of car loans. Here we will look at the five major differences in a used car loan and new car loan:

Interest rate is a part and parcel of all types of loans and is true in the case of used car loan and new car loan too. However, the interest rate of a used car loan is higher than a new car loan, by approximately 5-7%, mainly so because the loan amount for a used car is lesser than a new car. In addition, the general understanding among lenders is that giving loan for a new car is less risky as compared to loan for a used car, to which Ramesh Iyer, Vice-Chairman and Managing Director of Mahindra Finance says that, “A new car has a better resale price and more demand.” (Source:http://www.livemint.com/Money/9P5yRdRdBmXEf8kaCVFsTN/Whats-holding-back-used-car-loans.html)

Most of the banks and non-banking finance companies offer loan amount of up to 90% of the total cost of the car because the price of a new car is definitely going to be higher than a used car. In fact, there are also lenders who are open to offer 100% finance for a new car loan, of course, subjected to certain terms and conditions. On the other hand, due to the comparatively lower price tag of used car, most lenders tend to offer 70-80% of the cost of the car. Adding to this parameter, Ramesh Iyer, Vice-Chairman and Managing Director of Mahindra Finance says that “As there are many parameters to look at—authenticity and veracity of documents, and knowing the buyer and the seller—before arriving at a fair valuation of a used car, we have developed a price matrix and whatever is the assessed price, we finance only 50% of that. Typically, we give a loan to a maximum of 3 years.” (Source:http://www.livemint.com/Money/9P5yRdRdBmXEf8kaCVFsTN/Whats-holding-back-used-car-loans.html)

Remaining in tandem with the above-mentioned point, lenders prefer to finance new cars than used cars, thereby indicating that a car buyer has to shell out higher down payment for availing a used car loan than a new car loan.

As the loan repayment tenure is longer for new cars, the borrower has to pay less EMI. But, in the case of used car loans, the borrower needs to pay higher EMI due to shorter loan.

Thus, even though car loans are available for both new and used cars, it is important that you remain abreast of the differences between the two to take an informed decision. 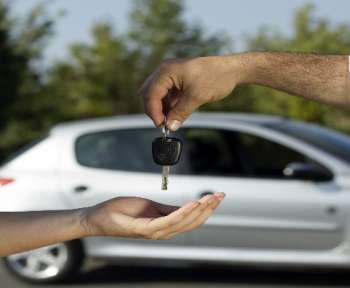 How to Pay Off Used Car Loan Faster? 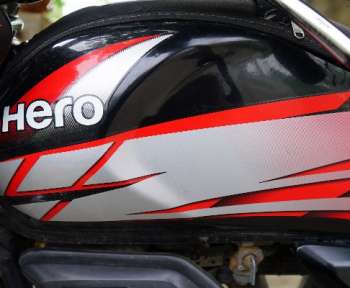