Top 10 most peaceful cities of the USA

The USA is one of the top holiday destinations that attract several travelers from across the globe. There are a host of cities in the USA that are known for being peaceful and safe. If you’re looking to travel to the States, here’s an effective USA travel guide with the top 10 most peaceful cities to visit in the USA.

Frisco is a sunny town that has been awarded the title of “Tree City of USA” in 2003 by the National Arbor Day Foundation. It is also the headquarters of an NHL hockey team, a Major League Soccer team, and a baseball team. What makes it peaceful is its crime rate statistic, which is a 1 in 68.1 for property crime and a 1 in 1,293 for violent crime.

Known for being the city where the first Apple Mac was produced, Fremont has a low murder rate of one per 100,000. It also ranks very high on the air quality index and has a vehicular mortality rate of 5.88 per 100K residents. This makes the city extremely safe and peaceful for the tourists.

One of the safest towns in America, Gilbert is located south-east of Phoenix city. According to FBI records, the city had zero murders in 2005, 2007 and 2014. Besides, it ranks very low in property crime and violent crime rates. Perhaps the fact that it has a larger number of police officers living here has something to do with it.

Among the top five safest cities in the USA, Irvine is one of the most peaceful towns in California. The many attractions here make it one of the best places to visit in the USA.

Being the fifth largest city in Illinois, Naperville is known for being a peaceful city. It is also super safe, with excellent air quality and a low rate of crime and violence.

Cary has a very low crime rate of 84 violent charges per 100,000 residents and a vehicular mortality rate of 9.06 per 100K. Maybe it has something to do with the fact that less than 15% of the population drinks regularly.

This small town in Massachusetts has schools that are rated number 4 in the country. It has also been home to Henry Ford, Babe Ruth, and Shaquille O’Neil.

Here, the violent crime rate per 1000 people is just 0.19, while the property crime rate is 3.17 per 1000 residents. The police department has high-tech communication systems and acts immediately, drastically reducing crime rates and keeping the city safe and peaceful.

Just 50 miles from New York City but a world apart otherwise; the crime rate in this tiny town is zero. Besides, it also has seven natural preserves and parks as well as numerous ponds and trails that act as an attraction to the tourists.

Located near Pittsburgh, this is a small town surrounded by nature. It is popular with families having small kids due to its excessively low crime rate and peaceful outdoor activities.

If you wish to visit these peaceful cities of the USA, and would like help with your finances, then apply for personal loan from Tata Capital. With the travel loan at best interest rates and EMI options, you can now have a hassle-free experience when visiting these amazing cities. 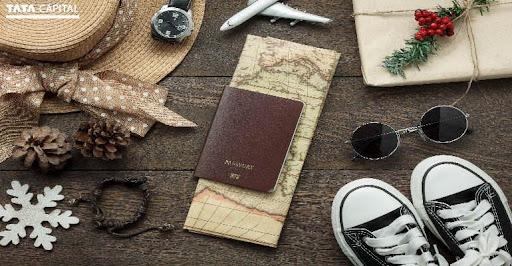 A Perfect Guide to Asia for Couple Travellers Top 5 Tropical Destinations to Visit in the Maldives Check Out How Thailand Celebrates The Songkran Festival 2022