What Is An Overdraft Loan And How Does It Work? When a firm has to make urgent payments to a client but lacks the necessary finances, they frequently find themselves in a bind. They occasionally might write a check that is more than their available funds, which normally bounces and unintentionally pays them dishonour fees. Applying for an overdraft with a bank account is the simplest way to handle this, especially if the account is current and is used often for everyday transactions. The question remains – what is an overdraft? Let’s explore the answer.

What is an Overdraft?

An overdraft feature of a bank implies that the bank permits consumers to borrow a certain amount of money. The loan has an interest, and there is usually a charge for each overdraft.

Now to answer what is an overdraft, it happens when insufficient money is in an account to fund a transaction or withdrawal, but the bank approves the activity, nonetheless. It is essentially a financial institution’s extension of credit issued when an account hits zero. The overdraft feature allows the account user to continue withdrawing the money even if the account is empty or has insufficient cash to pay the withdrawal amount.

Benefits and Drawbacks of Overdrafts

Everything has its advantages and disadvantages., and the same goes with an overdraft. Here are some of them:

What is an Overdraft Loan?

An overdraft loan is a type of financial instrument that allows one to withdraw funds from the current or savings accounts even when there is no money in the account. Almost all financial institutions, especially banks and NBFCs, offer this function. Overdraft facilities are a sort of short-term loan that must be paid back over a specified period of time. Lenders are obligated to impose the borrowing fees that borrowers must pay based on the conditions and circumstances established by the bank. The interest rates that lenders charge for overdrafts are typically fixed and non-variable.

An overdraft is when a person’s bank account balance falls to a negative amount or below zero. It often occurs when an overdue transaction is executed through an account with no more money but nevertheless results in the account holder accumulating a debt.

Overdraft results in obligation since the bank essentially loans the account holder the funds needed to conduct the transaction; this money must be repaid with any associated costs. While the account user may regard it as beneficial, expenses might increase if direct debits are not managed swiftly and correctly.

How Do Overdrafts Work?

To understand how overdrafts work, one must ask their bank to have an overdraft accessible on the current account before utilizing it. The bank may offer an overdraft on a short-term or long-term basis if it determines that one will be able to pay it back.

The sum of the overdraft will have a limit. For instance, the bank will examine whether one makes on-time bill payments and monthly credit card debt repayments. Getting an overdraft could be challenging with a poor credit history. As previously stated, the overdraft facility would only be a revolving source of short-term borrowing. Use this function to cover expenses and pay them off immediately to avoid a buildup of interest payments.

How Does An Overdraft Facility Work?

If the bank approves the request for an overdraft account, one will get the desired overdraft amount precisely. They can take money from the bank account whenever required. If one has been pre-approved again for the overdraft facility, it’ll go into overdraft. A predetermined limit on account overdrafts is available.

Using the overdraft facility, one essentially raises the balance on the bank account; when one makes a deposit, the ratio falls. The bank will charge interest from when the borrowed until one pays it back.

If one has an overdraft, one can make full or partial repayments to the lender anytime. One can again take money from the account as needed until the overdraft limit is reached after paying back whenever one has money. The bank has no collateral against it when a borrower utilises an overdraft facility by their bank account. However, it is a secured overdraft if the borrower uses their assets as security for the overdraft. These assets can include the money in the account and the home, autos, life insurance, fixed deposits (FDs), stocks, and bonds, among other things.

The overdraft facility may be a real asset when one needs money. Banks also set reasonable payback terms to give flexibility in repayment of the overdraft loan. But before using this service from the bank, conduct appropriate research on overdraft facilities before setting the limit. One will only have one loan under the overdraft facility, which shall be paid off regularly. Check out this blog from Tata Capital if confused about choosing between a business loan or an overdraft. How to Smartly Manage Personal Loan EMIs in 2020? 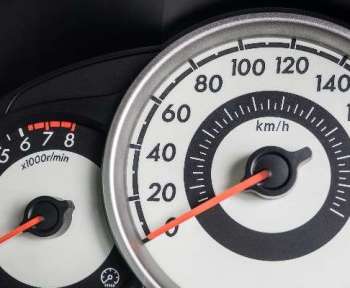 Renovate your home with a personal loan this Diwali