The importance of vehicles in today’s metro cities is being felt by one and all. The importance of four-wheeler is much more as it helps in many ways. This purchase takes place depending on the affordability; either it can be a new one or a used one. The history of the car market in India shows a sea of change has taken place in the last few decades.

India’s automobile industry is a fast-growing industry and at presently is ranked at 6th position in the world. According to the reports, the automobile market can reach 9 million vehicles by 2020.

Till about a decade back, this segment wasn’t an organized one, due to the lack of organized players in the market. The only circle that existed for purchase and sale of pre-owned cars were closed friends and relatives. The other sales were done by local players, who didn’t follow any fixed model to fix car’s selling or buying costs. The first major player to enter this market was Maruti with its new used car brand, Maruti True Value, in the year 2001.

As the Market increases the segment of the pre-owned car market is also expected to grow. Previously most of the cars in this segment were sold by unorganized dealers and in between friends and relatives only. But in the past 7 to 8 years, this market also became organized with major manufacturers like Maruti & Mahindra entering this market.

The advantages with major players entering this segment are –

Car buyers entering the ownership for the first time: Due to the lower cost and a variety of choice, the first time used car buyer gets technical know-how of the product, and can choose from a wide-range of used cars at a fair price.

Customers in need of additional Car: In metro & mini-metro requirements of several Indian families, one of them is to have more than one car and used cars offer them a more economically viable option.

Up gradation:  A used car allows car owners to have the opportunity to upgrade from a low segment car to high segment car or from two-wheeler to a four-wheeler without stretching their budget.

The segment of pre-used cars has become popular due to increased disposable incomes in towns & metros.  All this has created a situation where people want to upgrade their vehicles more frequently. Apart from these obvious reasons, there are other benefits that make buying a pre-owned car a popular

In various countries across the Globe, the sale of used cars is very high in comparison to the new ones. In Europe, this ratio is 1:2, while currently in India it is 1:1.1 and expected to become 1:1.3 by 2018. In mature markets, the number of new car buyers is increasing, while the number of used car buyers is declining. In India, however, the trend to purchase used cars is on the rise. This can be attributed to various reasons like rising cost of fuel and increasing disposable income. Though the general economic slowdown and demonetization have hit new car sales numbers, the used cars market has seen an uptrend, clearly indicating that used cars will continue to move forward.

There are several reasons for the evolution growth of the used car market in India. Important among them are as follow:

• Car quality: Due to technological advancements, the cars now have an improved and longer life.

• Improved maintenance: A change in quality and improved performance of spare parts cars have become easier and better to maintain.

• Change in lifestyles: Urban families have more than one car. Usually, the second and in some cases, the third car is not used much. The condition of such cars is excellent, and thus, they become a great option to be bought as a used car.

Technology access: Surfing the World Wide Web, for knowledge regarding the latest models and improved versions, have given rise to needs and improved knowledge rather than relying only on advertising.

Certified players in Market: People do prefer to sell/buy used cars through self-appointed used car dealers because they could not be sure of the quality as well as the history of the cars sold.

There is a huge scope for growth as most of the used car market remains untapped.

CRISIL’s data reveal the growth in used car sales volumes and clearly indicate that the growth prospect for used cars is more as compared with that of new cars by 2017. Also, since the ratio of new versus used cars in India is still 1:1.1, the old car market will grow much faster than the new and within that segment, the organized sector will grow the fastest to bring the ratio closer to the 1:3. That’s the norm in developed markets.

The future of the used car market

The used car market in India is expected to grow at a CAGR of 20 percent in the next five years, with the organized sector playing a big role in this growth story. At present, there are nearly many organized used car outlets in India but concentration is only in metros and two tier cities. In order to keep up with the projected growth, there is a demand in these areas as well as other cities and towns. All eyes are on implementation of GST, as it brings uniformity in prices, across the country, thereby making it economical to buy/ sell across the country. 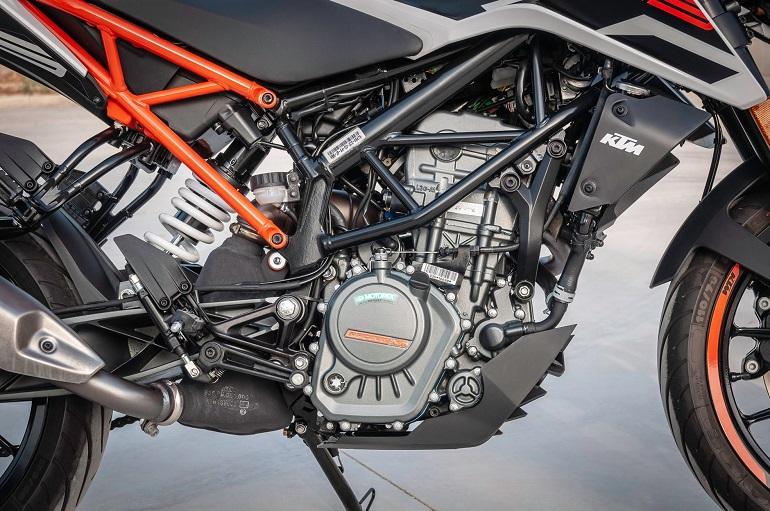 All you need to know about KTM 125