Has Budget 2017 been Beneficial for Real Estate?

Budget is the most crucial financial activity that sets the tone for India’s economy for that particular financial year. In the Union budget 2017 that was announced on 1st February several measures were proposed to strengthen the real estate sector. As the real estate sector contributes 5-6% in the country’s GDP, it is necessary to pay attention to the health of this market segment. Here’s a flashback of the real estate-related announcements that were covered during the budget.

Before demonetization and Budget announcement, the property buyers were skeptical in raising funds for buying or selling properties. However, after demonetization, the banks have reduced interest rates for housing loans. In addition to the reduction in lending rates, the announcement of giving interest subvention of 3% (Loans up to 12 lakhs) and 4% (Loans up to 9 lakhs), is expected to boost property purchases.

Due to the Union budget 2017-18, the builders (both big and small) can now approach banks and NBFCs for a fair price deal, so that the end-users can buy their dream house at a reasonable amount. Also, property buyers will now have to pay the registration fee, as pre-decided by the Government. Due to the fallen economic growth rate in previous years, builders have had a tough time in raising financial funds. However, the situation has improved post demonetization, and the banks now, are willing to give funds at a lower rate of interest.

In short, this budget has started a whole new era for the real estate sector. By reducing holding period of capital gains to two years, the property sellers have to shell out less money to pay taxes, which in turn will boost investment in real estate sector. Due to the infrastructure status is given to affordable housing, the builders can enjoy subsidies given by the government that will eventually result in more project launches. As there is a significant cut down in lending rates, many people will now choose to apply for home loan, instead of paying rent. As result of these improvements in the real estate sector, it is expected that the economic growth rate of this sector, will be positive; and will set new milestones for the real estate sector. Reasons Why Affordable Housing is Important in India 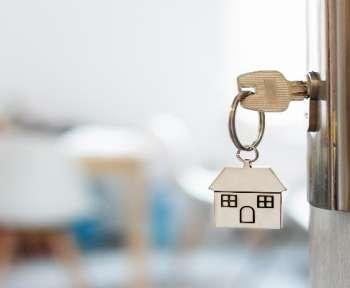 Financing Your Home: Should You Take a Home Loan or Make Cash Payment?