All About Switching To A Repo Linked Home Loan

Commercial banks borrow from the Reserve Bank of India at the Repo rate; RBI borrows from commercial banks at the Reverse repo rate. A repurchase agreement or repurchase option or repo, for short, refers to an arrangement where banks provide such securities as treasury bills or gold to borrow money from the central bank for overnight credit when the banks are short of liquidity.

The money that commercial banks borrow from the central bank is meant to extend loans to their customers. Typically, customer deposits are also used to meet a bank’s liquidity needs. Banks borrow from the RBI at the prevailing repo rate when that is insufficient.

Securing credit for banks is not the only function of the repurchase agreements or repos. Say, during inflation, the banking regulator or the RBI increases the repo rate. This signals to commercial banks that the RBI discourages borrowing for credit creation, which increases the supply of money or liquidity in the economy (a cause for further price rise). In the case of inflation indicators falling below a threshold, the reverse technique of reducing repo rates to encourage borrowing by commercial banks is followed. This would cause increased credit creation, which would increase the money supply and investment activity in the economy. The credit received by banks from RBI is only for an overnight duration. The securities deposited by the banks are released at a predetermined price on payback of the borrowings by the banks.

The concept behind repo-linked home loans is that banks and financial institutions pass on the changes in the repo rate to the borrowers. As the bank’s borrowing cost goes down, home loans become cheaper or vice versa. For instance, during the pandemic, the RBI had brought down the repo rate to 4%, and the banks, on their part, also lowered their lending rate. Banks are quicker in passing on repo rate-related hikes in home loan rates to borrowers than a drop in repo rates, which causes their lending rates to drop.

Earlier, banks charged the PLR, Prime Lending Rate, but the RBI felt it wasn’t transparent enough and introduced the Base Rate concept. The Base Rate specifies a minimum rate below which the regulator forbids the banks from lending, even to their preferred clients. This provided the transparency the RBI wanted to see. It also ensured that any reduction in the repo rate would be passed on to the customers.

Whether one is switching to a repo-linked rate or taking a new home loan, the following observations might be helpful:

Switching to a Repo-linked loan

Switching to a repo-linked loan is about scrutinizing the costs involved:

A word of caution. Let’s assume that the discussions have started with a bank, and the borrower feels that the initial rate looks attractively low. However, the factors that increase the interest rate, namely the loan-to-value ratio, the borrower’s credit score, and the number of other house properties the borrowers own (two or more), could quickly increase the rate. It is therefore suggested that the difference between the bank’s RLLR and the net interest rate should be watched carefully before deciding on the switch. If you are short of funds, avail of a Home Loan from Tata Capital. 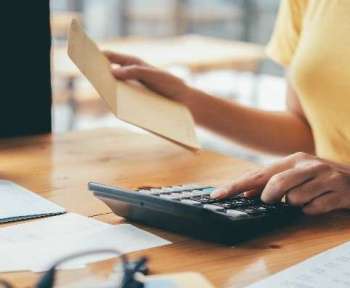 What is Debt-To-Income (DTI) Ratio & How to Calculate It? 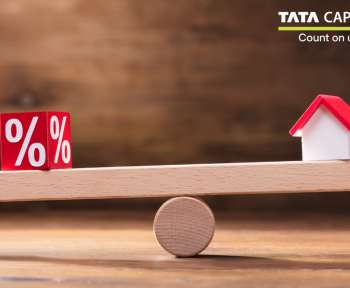 Interested In A Home Loan – Here Are The Latest Interest Rates