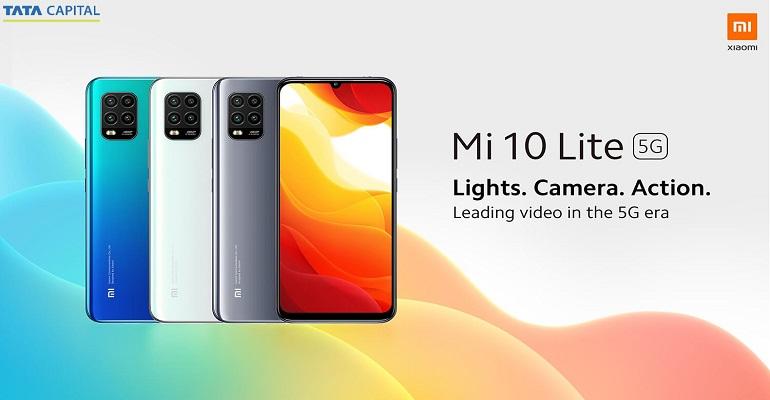 Tech giant Xiaomi recently unveiled Mi 10 Lite in Europe. The smartphone was launched sometime last month and is set to hit Indian markets by the end of May, although this tentative date can be pushed back as well due to current scenario. Regardless, there has been considerable speculation about its features and specifications.

Mi 10 Lite has a 6.57-inch True colour AMOLED display with a water-drop notch, a pleasant deviation from its counterpart smartphones with punch-holed notches. A water-drop notch ensures ease of use and a colourfully paneled display gives a luminescence on-screen. Not much is known about the smartphone’s security features except that it has an inbuilt fingerprint sensor and a gradient finished panel on its rear. The smartphone is rumored to be available in four eye-catching colours, and will mostly include white, gray, black and green variants.

Quad cameras are the new norm now and Mi 10 Lite has taken this feature up a notch with the inclusion of a variety of preloaded features. These range from the basic Night mode 2.0 to AI dynamic skyscraping, recording and vlogging, thanks to the facilitation provided by the camera’s four sensors including primary, ultra-wide and macro sensors. A 48 MP rear camera and 16 MP front camera capture photos with a resolution of 2340 x 1080 pixels.

While several features of Mi 10 Lite remain in the dark, it is confirmed that the smartphone runs on a lightning-quick chargeable 4160mAh battery and is powered by the Octa Core 2.4 GHz Qualcomm Snapdragon 765G chipset. The smartphone’s storage capacity is a mystery as well, but it is touted that it has a 6GB RAM capacity. The smartphone’s 20W plus Quick Charge 3.5 fast charging abilities are pretty impressive. Since it’s a 5G smartphone, we expect Mi 10 Lite to include connectivity features like 5G SA/ NSA / Dual 4G VoLTE, WiFi 802.11 ac, Bluetooth 5, and GPS/ GLONASS.  At the bottom, it has a USB Type-C port and a 3.5mm audio jack.

The official price of Mi 10 Lite is not released yet but as it is priced around 350 euros in the European market, the price value of it in INR traces down to approximately Rs 29,000. However, due to the onset of the current scenario, this rate is prone to fluctuate. The official launch date of the smartphone in India hasn’t been announced yet but here’s hoping that once the spread of the virus around the globe dies down, details about its features and official price shall be revealed.

With interest rates starting at 0%, you can trust flexible consumer durable loans from Tata Capital to be financially ready for this marvel. Should you buy the Apple iPhone XS or the Samsung Galaxy S10?