LG G8X ThinQ is expected to be launched in September 2019

Even before the K-pop wave touched global shores, the South Korean based LG electronics company has been taking global markets by storm. Since the past few years, customers have put the same trust in LG’s smartphones and have been more than satisfied with their devices. Now, the company is all set to release LG G8X ThinQ – a premium smartphone – in the market this September. Let us take a look at the phone’s released features and specifications.

LG G8X ThinQ has a 6.2-inch OLED bezel-less display with a water drop notch. The display has a Corning Gorilla Glass protection which prevents it from scratches and marks. It has a screen resolution of 2048 x 1080 pixels and a Pixel Density of 402 PPI. As for the camera, the phone has triple rear cameras – a combination of 16 MP, 13 MP and 16 MP lenses. The front camera has a resolution of 13 MP which is apt for clicking selfies during any time of the day.

Sources confirm that the phone is powered by the Qualcomm Snapdragon 855 Octa-core Processor with a clock speed of 2GHz, and has a RAM of 6 GB. Keeping up with its competitors, it runs on the latest Android Pie v9.0. It has an internal storage capacity of 128 GB, and is expandable up to a gigantic amount of 2 TB so that you never run out of space! It has the Adreno 640 to ensure that the phone has stunning graphics.

LG G8X ThinQ runs on a non-removable battery at 4, 000 mAh and is a dual-SIM phone. It has a range of connectivity options including the Volte network, Wi-Fi, GPS, and Bluetooth. The phone has a standard 3.5 mm audio jack and sensors equipped which include the Accelerometer, Proximity Sensor, Magnetometer, Ambient Light, and Gyroscope. There is a fingerprint sensor and a USB Type-C port for fast charging.

The height of the device is 159.3mm, width is 75.8mm and it has a thickness of 8.5mm. Overall the device is slim (as the name suggests) and lightweight. The phone is going to launched in the market in three colours – Blue, black and green. The estimated price of the LG G8X ThinQ is around Rs 52,990.

Buying the LG G8X ThinQ smartphone could drain your savings. If you don’t want your bank balance to fluctuate and plan on purchasing the phone before it runs out, you can apply for Tata Capital’s consumer durable loan to help you out. With minimum documentation and quick approvals, you can buy your dream phone as soon as it gets launched. 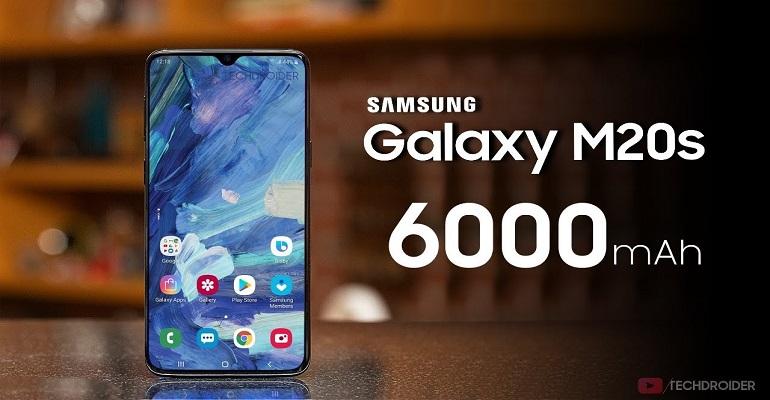 Samsung Galaxy M20s is Expected to Launch by September 2019