Get the new Redmi 7A Snapdragon Launching Today If you haven’t checked out the latest phone from the Redmi cabal to enter the Indian markets, then we are here to make the task easier for you. Redmi 7A is currently creating ripples in the country with features such as HD+ display, octa-core Snapdragon processor and other specifications which are coming handy with the smartphone’s economical price. With the sale of the phone all set to start from today (July 11), this is the right time for you to book one, if the phone suits your requirements. Here are some of the features of Redmi 7A Snapdragon which has already catapulted it among the list of most sought after newly launched phones-

As is evident from its name, the phone runs on the octa-core Snapdragon processor, which is perfectly supplemented with a 2GB RAM, promising a swift functioning of the phone despite the heavy workload it may be subjected to. Whether while playing games or watching videos, you will be simultaneously able to do more tasks on the phone, without the fear of it getting slow.

One of the most significant incentives of this phone is its price. You will need only Rs. 5,999 to take this phone home. The Redmi 7A is totally worth the deal because of the number of features that it offers compared to other phones in this range. If you happen to purchase the phone in July, you can also avail the Rs. 200 discount currently offered on the phone. In case you are short of cash, a consumer durable loan would help you to get this high-end device.

The Redmi 7A boasts of a 12MP Sony IMX486 camera in its rear combined with LED flash and a PDAF lens. The front camera used for taking selfies is of 5MP and promises good quality pictures from different moments of your life. A face unlock feature based on artificial intelligence is also among the major attractions for which Redmi 7A has become so popular within a very short time.

If you have a habit of working with your phone for long hours and are worried that a phone with a poor battery life won’t suit you, rest assured that Redmi 7A is not among those mobiles. With a 4000mAh battery, the phone is sturdy enough to sustain power for several hours and is suited for all sorts of work. The storage is also quite good with both 16 and 32GB options available and can be further expanded with a micro SD card.

Redmi 7A is a smartphone with several useful features; waste no time if you are in search of an economical device which has a strong battery life and features which are usually found in more expensive phones. Check out your eligibility for a consumer durable loan to get quick and easy financing. 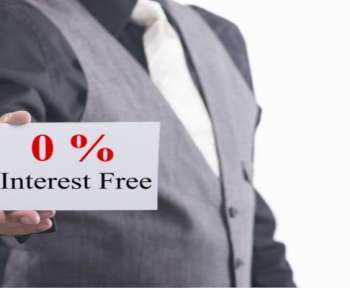 All You Need to Know About Nikon D6 Flagship DSLR