Excited for the iOS 13 operating system? Here’s all you need to know

by tatacapitalblogAugust 26, 2019 in Consumer Durable Loan, 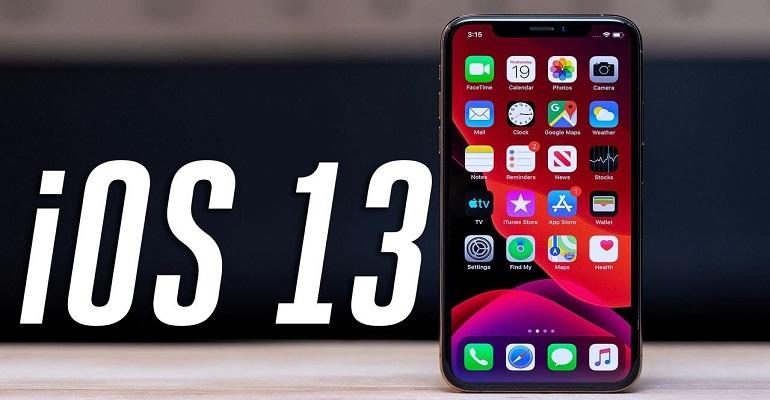 Apple hosted its annual iPhone event in California last night. While the event was originally for unveiling its new iPhone 11 series, the company introduced to its customers the next gen of mega iOS smartphones — iOS 13. Interestingly, the latest version of this mobile operating system is supposed to be the fastest one to exist, and was announced at WWDC 2019. Since then, Apple enthusiasts have been eagerly anticipating the launch of iOS 13. Read on for more.

Apple iOS 13 is supposed to have the fastest OS to this date. The makers have seemed to realize the issues of continuous updates and have claimed that there will be changes to the apps and updates for better performance. Moreover, the size of a downloaded file will be almost 50% smaller and facial recognition will be almost 30% faster. And what’s cooler? You can now install AR apps on the phone that places virtual objects in front of or behind people for a naturally immersive experience.

The new improvements in the security system increases privacy protection. Users can simply sign-in on apps and websites and leave the worry of any data breach behind. This improves the entire system and makes it even faster and more delightful to use. Even the camera storage is designed in a way to secure your privacy. Also, did we mention the new 3D maps? It helps you explore places with a 360-degree view and helps you move about easily down streets.

Talking about the Apple camera, iOS 13 is believed to have specially curated modes. The portrait lighting mode, for instance, will be able to virtually adjust the position and intensity of a background and improve lighting. There is also a High-Key mono feature that adds a retro touch to your photos and replicates the monochromatic tones used in fashion and haute couture photography. Also there are powerful video editing tools that enable the level of editing you can do in photos.

Apple started the concept of Memojis – emojis that you can personalize to a whole other level. Now, you can make your Memojis even more customized, because new stickers and customisation options will be added to iOS 13. Customisation options include skin types, hairstyles, headgear, cultural symbols, and even genies! This looks even better with the phone’s newly added Dark Mode – a feature that makes everything on the screen easy on your eyesight.

Several additional features have been released as well, all in all enhancing the goodwill of iPhones. Considering the power-packed features of the new iOS 13, all updated iPhones will certainly give you value for money, despite being one of the costliest phones in the world.

If you are contemplating ways of buying an iPhone with the latest operating system, iOS 13, why not check out Tata Capital’s consumer durable loans to help you out?

Redmi 7A in now available in Foggy Gold Colour