The Government of India (GOI) launched the SATAT Scheme (Sustainable Alternative Towards Affordable Transportation) to define compressed biogas manufacturing capacity and make it accessible for automobile market use by soliciting acceptances from possible investors.

The program ensures India’s continuing efforts to comply with contracts like the Paris Agreement by lowering carbon emissions. In this article, people will learn more about the SATAT scheme UPSC.

The plan, known as the SATAT Scheme subsidy, seeks to provide a Sustainable Alternative To Affordable Transportation (SATAT) as a developmental effort that would benefit not just vehicle users but also farmers and businesspeople.

This initiative, which was started on the penultimate day of the current Swachhta Hi Seva fortnight, is a massive action to achieve “Clean India”. It holds great promise for effective municipal solid waste management and addressing the urban air pollution brought on by burning farm stubble and carbon emissions.

What Is CBG or Compressed Biogas?

Biogas is created naturally by anaerobic decomposition of waste materials, including municipal solid waste, sewage treatment plant waste, agricultural residue, bovine dung, sugarcane press mud, and other biomass sources. It is compressed after being purified and given the name CBG, which has a high methane component.

Compressed Biogas has the energy potential and composition identical to commercially accessible natural gas. It can be utilised as an alternative, renewable car fuel because it has a similar calorific value to CNG and other characteristics. This biogas can eventually replace CNG in commercial, industrial, and automotive applications due to the quantity of biomass in the nation.

Objectives of The SATAT Scheme

How does the SATAT Program Operate?

The SATAT scheme details of operation are provided below:

Benefits of the SATAT Scheme

The SATAT subsidy has many advantages, including:

Today’s trash, seen as waste, can be utilised in the form of energy. Any amount of biomass can be converted into biogas or bio manure, which will help India to achieve energy independence and combat global warming. The Indian government is dedicated to making India a Sujala-Suphala Bharat, or Sasya-Shyamala Bharat.

Compressed biogas (CBG) and bio-manure are being produced from the waste of biomass as a part of the SATAT initiative – Sustainable Alternative Towards Affordable Transportation, in addition to natural gas. Municipal solid trash, sugar industry waste (press mud), and agricultural leftovers all have a lot of potential for manufacturing the same.

Tata Capital supports the government’s mission and provides a wide range of business loan offerings for start-ups and new entrepreneurs. 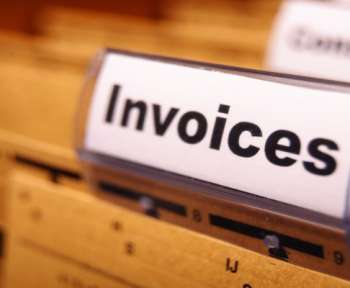 What Is Invoice Financing?